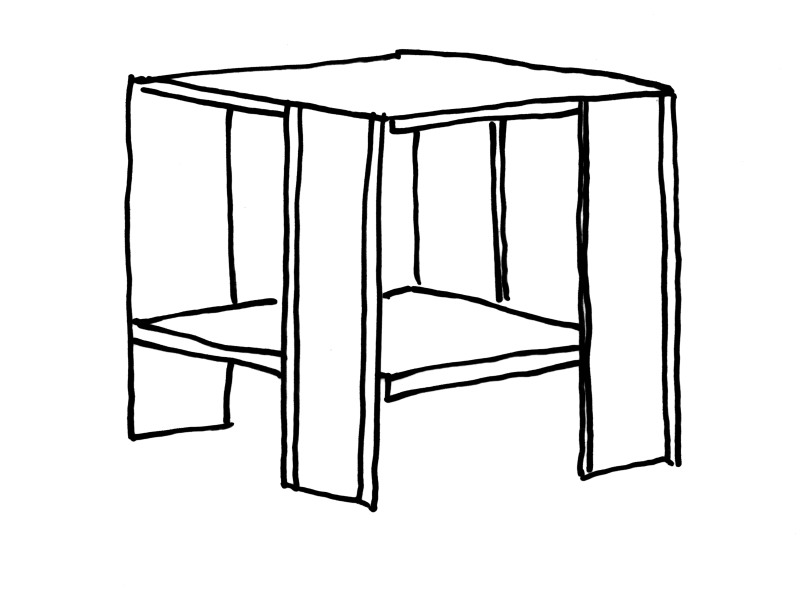 In 1956, Rudolf Lehni (1927–1981) took over his father’s company, which did sheet metal work for construction projects, and in 1963 began manufacturing metal furniture. Relocating in 1975 to a new company building in Dübendorf, designed by architect Ernst Gisel, activities began moving increasingly toward industrial manufacturing. Lehni sought contact with designers and artists so the company could produce new and innovative products. One of them was Andreas Christen, who designed for the company for many years. Christen took his cue from the reduced design principles of rational series production, as did Donald Judd, a key figure in American Minimalism who designed a furniture collection for Lehni in 1984. Christen’s occasional table, on the other hand, while at first glance inconspicuous, is an industrial design that is a prime embodiment of the manufacturer’s fundamental design principles: aluminum sheets stabilized by bending and punching become shelves and supports that together form a minimalist piece of furniture.