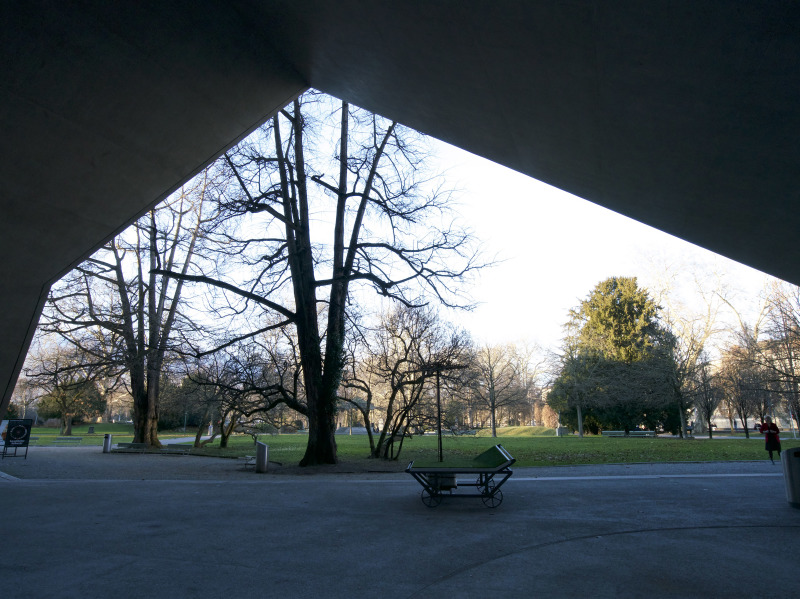 You are standing under the imposing extension of the National Museum built in 2016, which forms a kind of bridge here. Look at the park that starts here. The first thing you’ll see are two huge trees, with some smaller magnolias growing between them. They are gingko trees, and they are over 100 years old. This is a species that seafarers brought back to Europe from Japan in the 18th century. These two examples were planted at the end of the 19th century, when the National Museum was under construction. They have survived all kinds of trials since then. So it is no surprise that these trees were taken into account when the extension was being planned. The foundations had to be built at least one metre from the roots. That’s why the building bends at this spot – almost as if it were respectfully bending its knee to two marvellous gingko trees. Changes to the amount of sunlight they receive, a drop in the water table and drastic pruning – these two have defied them all.