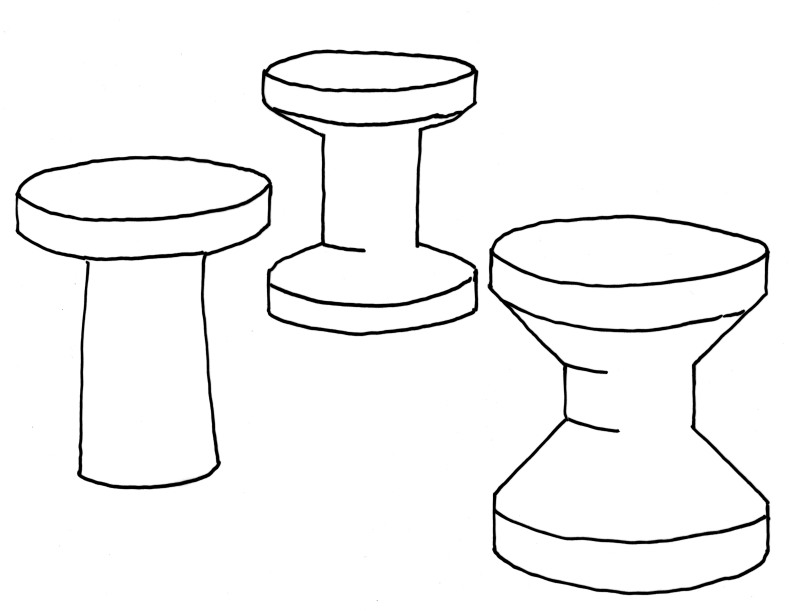 The British product designer Jasper Morrison (b. 1958) is known the world over for his minimalist, “super normal” utilitarian objects. He strives to set an example of formally unobtrusive, useful, and responsible design. Morrison has developed a number of projects with the Vitra company, founded by Hans Fehlbaum, among them the All Plastic Chair, the Soft Modular Sofa, and the HAL family of chairs. The Cork Family is made of damaged, discarded wine corks that are shredded in an effective industrial recycling process and pressed into a solid block. Various forms can then be cut from this block with a lathe, their surfaces simply left untreated. Looking closely, you can sometimes still see whole corks that have withstood the granulation process. The stools can also be used as occasional tables. Their warm material makes them pleasant to the touch, and their archaic silhouettes, inspired by African ceremonial stools, lend them a sculptural presence.