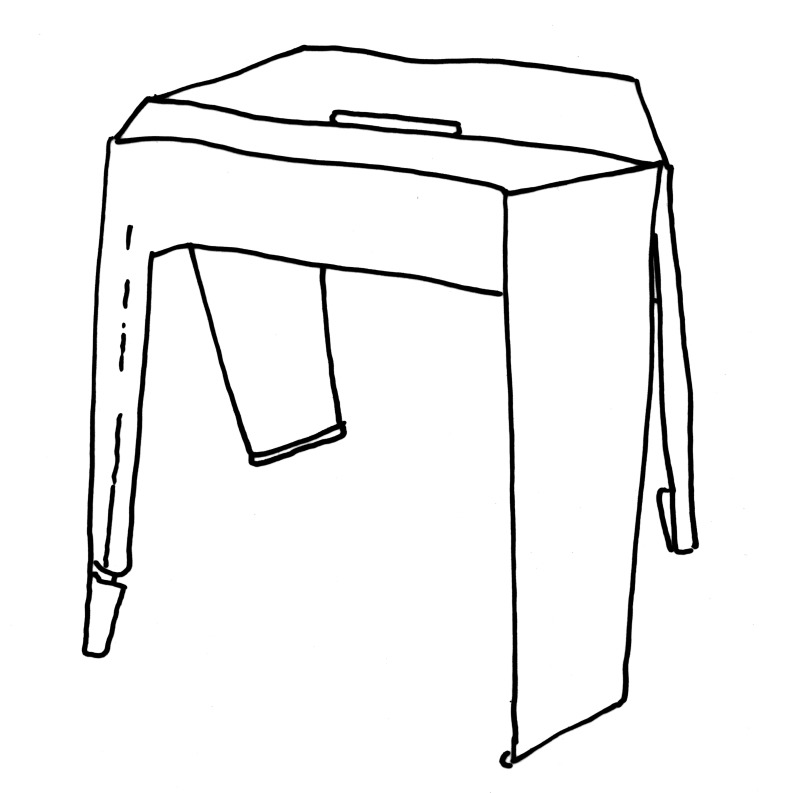 In 1956, Rolf Lehni (1927–1981) took over his father’s sheet metal business, which also carried out demanding construction projects, such as a wall relief designed by Max Bill in 1932. Lehni taught material science and metalworking at the Kunstgewerbeschule Zürich and in his metal workshop he helped students to realize their designs. In 1975, the company moved into a new building in Dübendorf that had been designed by the architect Ernst Gisel. The focus of Lehni’s activities increasingly shifted toward industrial manufacturing, and he sought out designers and artists (including Donald Judd) to come up with new designs for the company to produce. One of the designers, Thai Hua (b. 1974), was born in Vietnam and grew up in Bern. After studying industrial design at Zurich University of the Arts (ZHdK, formerly the Kunstgewerbeschule), he designed a stool for mass production that features a well-proportioned seat with a clever bend for added comfort. Forty-four centimeters high and forty-four centimeters wide, the stackable sheet aluminum stool can be made in a colorless anodized version or in any custom color desired. It received the Swiss Federal Design Award in 2012 and the Red Dot Award in 2013.