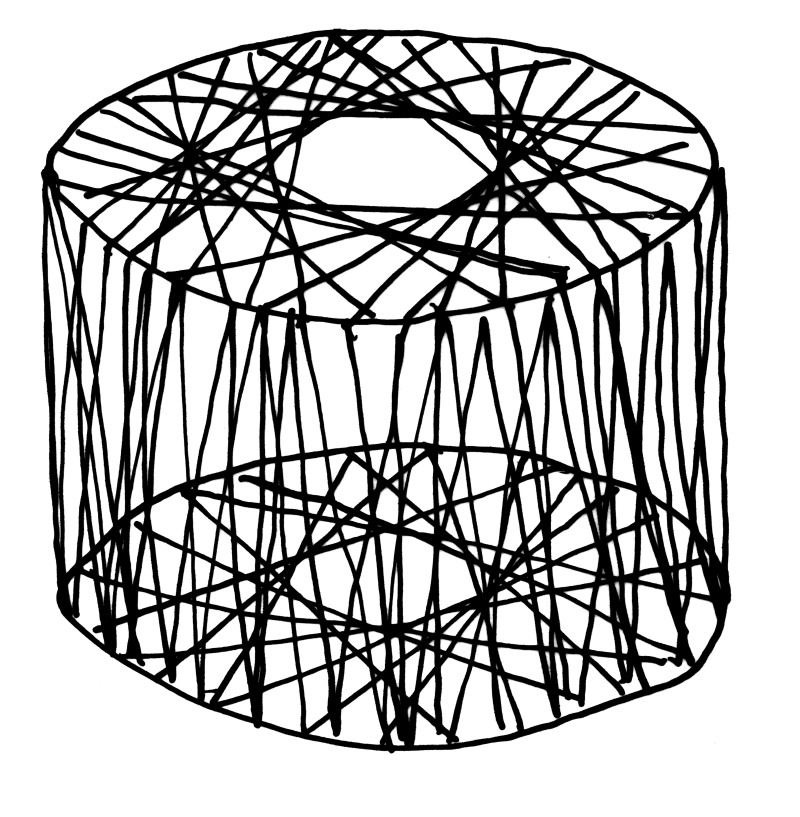 Patrick Reymond (b. 1962) and Aurel Aebi (b. 1966) studied at the Athenaeum school of architecture and design in Lausanne. A competition brought them together with the boat builder Armand Louis (b. 1966) and in 1991 the trio founded Atelier Oï in La Neuveville to undertake team projects in the fields of architecture, interior design, scenography, and product design. They often develop utilitarian objects that start out as experimental, open-ended works. For example, the idea of using a kind of oversized thread spool as a seat originated with a room installation at the Centro Culturale Svizzero in Milan in 2006. Only later did the concept become the Reel furniture line for B&B Italia. Stools and tables are available in three sizes and two versions, made of an aluminum frame covered with polyethylene fiber cords for the interior and with polyester cords for outdoors. The Museum für Gestaltung Zürich is presenting the first Swiss retrospective of the work of Atelier Oï in 2018.