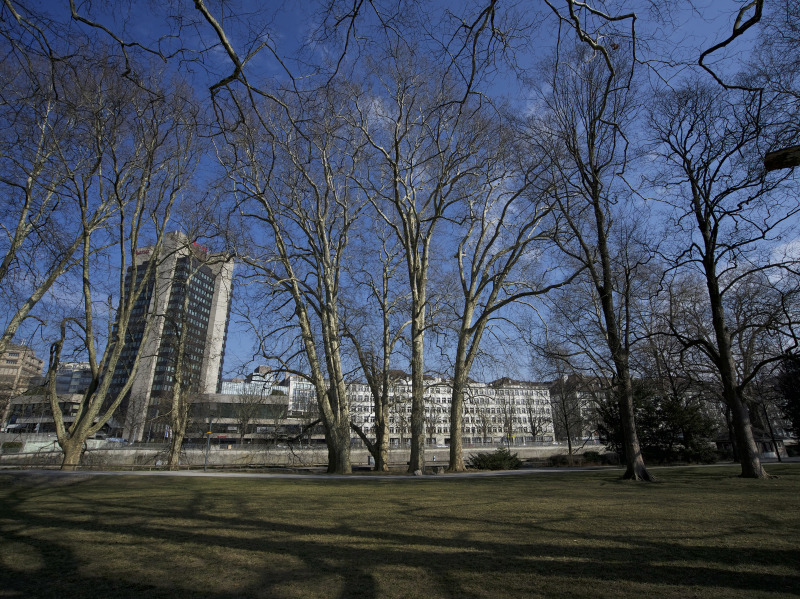 We are on the Platzspitz, this space between the Limmat and the Sihl. The “Platz” is part of the German word “Schiessplatz”, meaning an area used for target practice – it was a training ground for hundreds of years, right up until the 18th century. The second part of the name, “Spitz”, refers to the tongue of land formed here by the two rivers. At the beginning of the 18th century avenues of lime trees were planted along both banks. Today there are plane trees. Then in 1780 the area was redesigned as a park along French lines. The baroque pleasure grove, with its many trees, became a popular promenade.
Two groups of the trees planted at that time are still standing today. You can see one of them if you look over towards the Limmat from here. You’ll spot a circle of five huge plane trees. There were originally six of them. They were packed together so closely that they forced each other upwards in their search for light. Now 240 years old, they are among Zurich’s oldest trees. We’ll show you the other clump of trees of the same date at another point in this walk.